As your woman, I'm gonna always push you to be great!' - Lamar Odom's fiancee, Sabrina Parr pens a heartfelt message to the NBA star after rekindling their romance 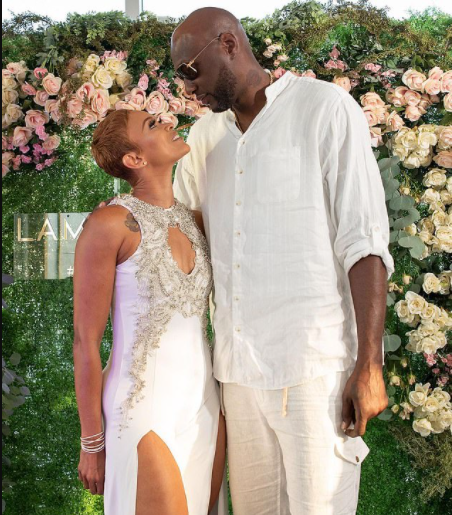 Lamar Odom's fiancee, Sabrina Parr has penned a heartfelt message to the NBA star after rekindling their romance.  Recall the fitness trainer announced she had ended her relationship with Khloe Kardashian’s ex-husband, Lamar Odom one year after their engagement earlier this month. A few days later, Sabrina,34, took to Instagram to celebrate the one-year anniversary of her engagement to Lamar with a photo of the NBA star planting a kiss on her cheek. On Monday, she took to her Instagram story to pen a heartfelt message to Odom, 41, in which she wrote how special he is to her. 'You were such a great ball player! You had finesse, style, calmness, skill out of this world, hustle, tenacity and you were an all-around impact player!' she began. 'You have records that still stand today! But you know what? You are still that guy! You still possess all of those things!' she added.  Parr also hinted that wedding plans are still on, adding, 'When I become your wife, I may push you even more! Not because you aren't enough as you are, but because I know how much more you have in you.'  'I know how you're built! I truly know what you can do in this world! Nothing about you is mediocre,' she added. 'Everything you do and touch from here on out should be big! I love you @lamarodom' she concluded with two kiss face emojis. 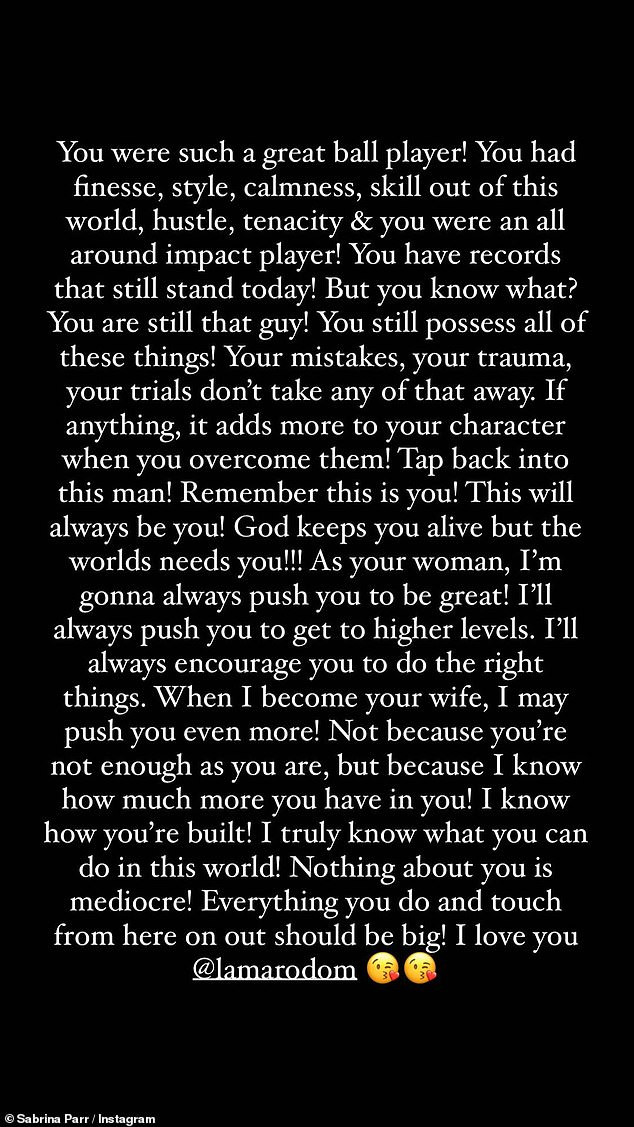 The post As your woman, I'm gonna always push you to be great!' - Lamar Odom's fiancee, Sabrina Parr pens a heartfelt message to the NBA star after rekindling their romance appeared first on Linda Ikeji Blog.