Arrests made after attempts to 'hijack peaceful protests' in New York 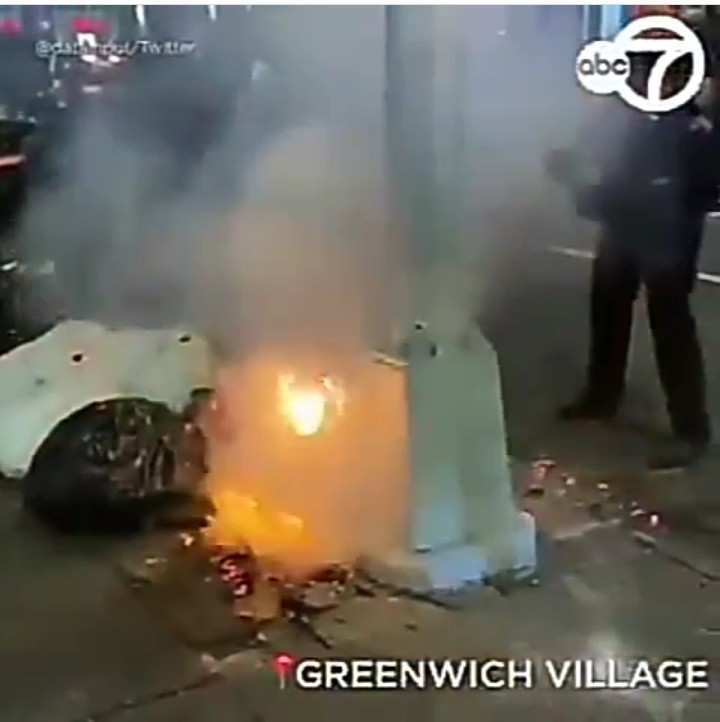 Despite no reports of unrest across New York City on Election Day, several arrests were made Wednesday night, November 4, as individuals set fires and clashed with police. Some demonstrators took to the streets of Manhattan earlier on Wednesday to support "Count Every Vote."  The group was marching toward Washington Square Park after President Trump's team announced they will file lawsuits in Michigan and Pennsylvania to stop vote counting underway. The rally dispersed peacefully, but about an hour later, there were reports of unrest and clashing with police near Leroy Street and 7th Ave in Greenwich Village. Police say they arrested at least 20 people. 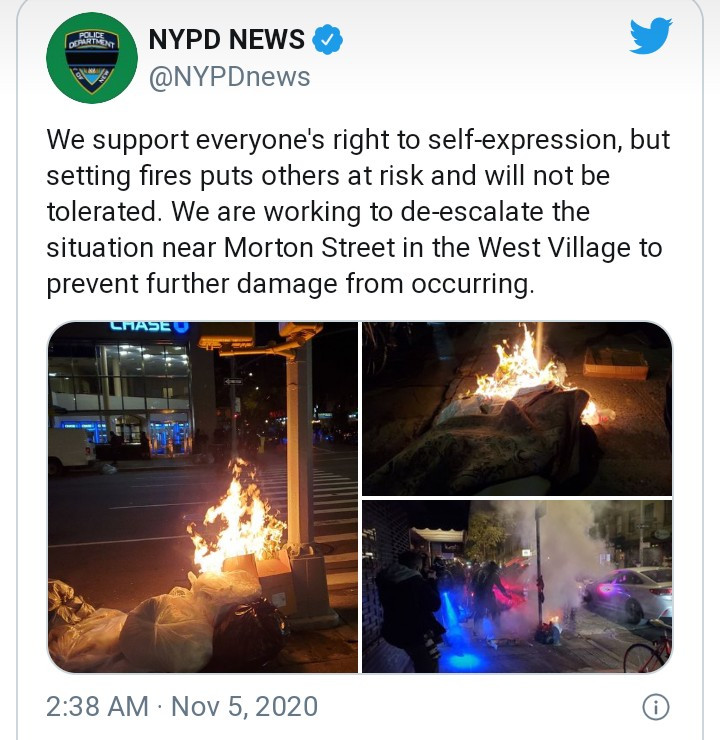 Watch the video below.       View this post on Instagram           A post shared by Lindaikejiblog (@lindaikejiblogofficial) on Nov 4, 2020 at 10:33pm PSTThe post Arrests made after attempts to 'hijack peaceful protests' in New York appeared first on Linda Ikeji Blog.