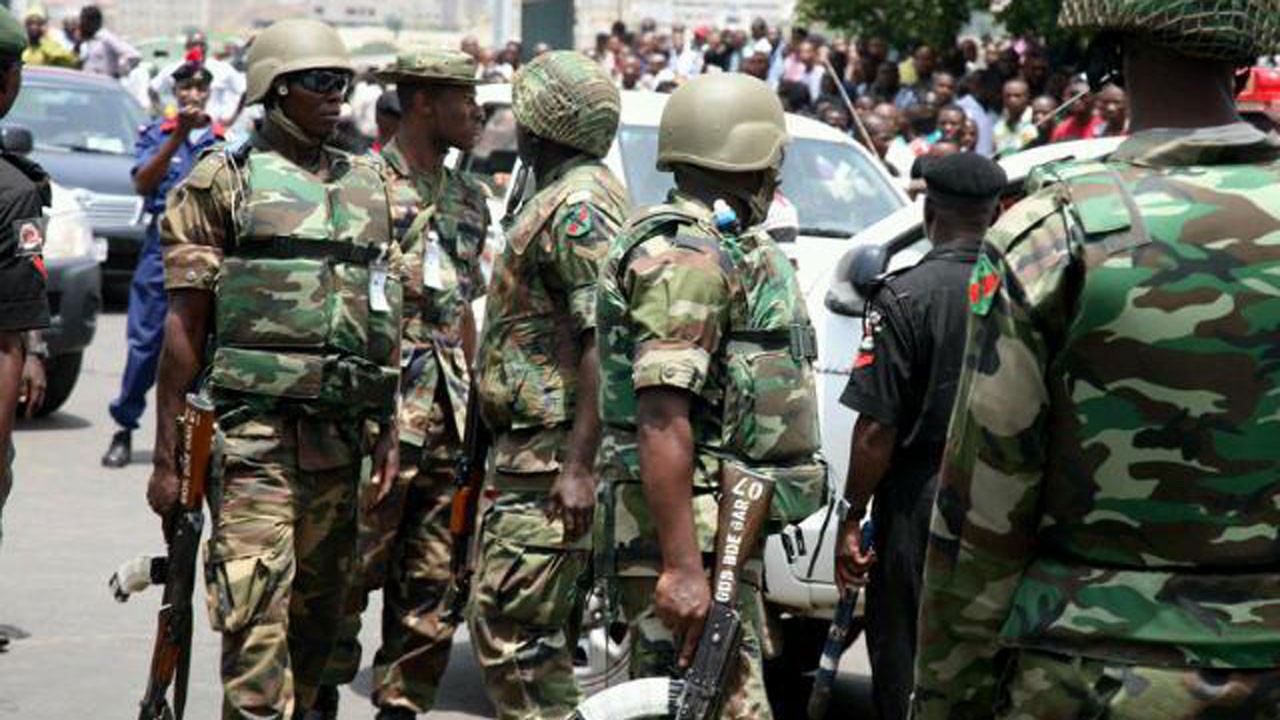 A 6-week offensive launched by the Nigerian army in the North East region of the country has left seventy-five members of the Boko Haram and Islamic State West Africa Province (ISWAP) terrorist groups dead.  Acting Director of Defence Media Operations, Brigadier General Bernard Onyeuko however disclosed that one officer and two soldiers paid the supreme price while four other soldiers were wounded in action during the period. Onyeuko said the feat was recorded by personnel of the Nigerian Army attached to Operation Fire Ball, a subsidiary operation under Operation Lafiya Dole, between September 28 and October 31. The statement read;  Operation Lafiya Dole: Update On The Activities Of Troops Of Operation Fire Ball From 28 September To 31 October 2020Sequel to the commencement of Operation FIRE BALL, a subsidiary operation under Operation LAFIYA DOLE which is meant to clear the remnants of the Boko Haram/ Islamic State  West Africa Province terrorists from their identified enclaves in the North East region, the Operation has recorded tremendous successes within the short period from its existence with the last week of the preceding month proving to be the deadliest against the criminals.The troops in the various Sectors of the Theatre have continued to carry out their tasks relentlessly.The successes so far achieved wouldn’t have been possible without the sacrifice, commitment, and gallantry exhibited by the well-motivated troops, some of whom have paid the supreme sacrifice.Within this period, the troops have carried out aggressive clearance operations, ambushes, robust day and night patrols, in order to finally decimate the remnants of the Boko Haram/ISWAP criminals.Consequently, as a result of the aggressive offensive action carried out by the troops, several terrorist elements have been neutralised as a large number of their equipment were captured while some were equally destroyed in the process.In this regard, a total of 75 Boko Haram/ISWAP terrorists were neutralised within this period.In terms of the criminals’ equipment, four x Gun Trucks, one x Bedford Truck, three x Anti-Aircraft guns, were destroyed.The captured weapons include: six x Gun Trucks, four x Anti-Aircraft guns, one x PKT gun, four x General Purpose Machine Guns, one x Automatic Grenade Launcher, one x Dushka Gun, one x Light Machine Gun, 48 x AK 47 Rifles, one x Locally made Pistol and 10 x AK 47 magazines.Furthermore, a large cache of ammunition was captured also.These include: one x 36 Hand Grenade, 567 rounds of 7.62mm Special ammunition, 448 rounds of 12.7mm ammunition, 50 x Rocket Propelled Grenade Bombs, 17 locally manufactured rounds, three shells for making Improvised Explosive Device, one x Smoke Grenade, and two x belts of PKT rounds.Other assorted non-lethal items were also captured from the criminals.Regrettably, one officer and two gallant soldiers paid the supreme price while four other soldiers were wounded in action over the period.However, the wounded soldiers have since been evacuated to a military medical facility and are currently responding to treatment.The troops of Operation FIRE BALL under Operation LAFIYA DOLE are hereby commended for their resilience, doggedness, and commitment exhibited since the beginning of the Operation.They are equally encouraged not to rest on their oars but build on the successes recorded so far.The entire populace of the North East region is hereby assured of the Nigerian military high command determination to finally rout the remnants of BHT/ISWAP criminals from their enclaves in this zone.To you the members of the Press, I want to thank you most profoundly for your cooperation and commitment in covering our activities. You are well appreciated.Kindly disseminate this above information through your medium to the general public. Thank you for your usual cooperation.BENARD ONYEUKOBrigadier GeneralAg DirectorDefence Media Operations3 November 2020The post Army loses one officer and two soldiers as troops kill 75 insurgents appeared first on Linda Ikeji Blog.