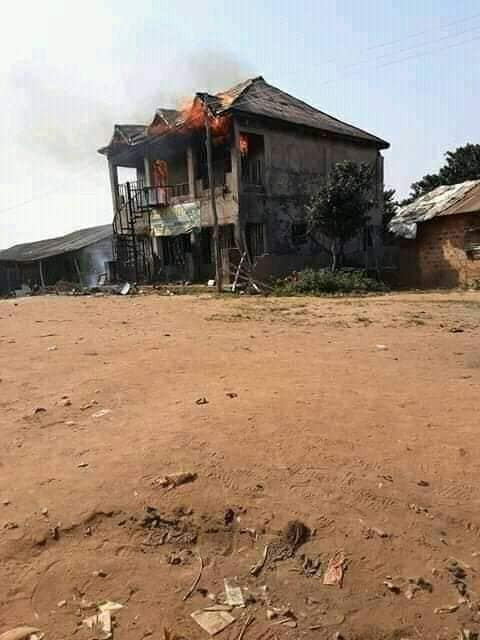 Angry youths have burnt down all the buildings belonging to one Prophet Joshua Uhembe and his second in command, Noah Saka after they were accused of being the masterminds behind the alleged disappearance of genitals in Daudu Town, Guma Local Government Area of Benue Recall that the youth earlier today, set Divine Shadow Church, ablaze. The church's president Saka and Prophet Uhembe were arrested and handed over to the police after the former reportedly confessed to the crime. Read Here Sharing photos of some of the razed buildings, a member of the community, Ayibe Sulega Festus, wrote:  "You can use your penis and your wife's vagina and your children's everything for money, we don't have problem about that but using others penis and their children is our cause of anger. But if you are a motivational speaker please come to Daudu and talk, don't stay far." Meanwhile the media assistant of the community, James Nelson Akpe, who confirmed the incident in a statement, said the suspects have been taken to the police headquarters in Makurdi as they await the Governor's response. "Daudu is one of the major market in Guma local government of Benue State, it's no longer news that for the past weeks cases of manhood snatching was on the increase," the statement reads."Today, the district head of Mbawa council ward chief Oliver Chado along side the deputy chairman of Guma on behalf of council chairman Hon. John Mark convoked a stakeholders/traditional council meeting in DAUDU to proffer lasting solutions to the ugly menance. "After a careful examination and investigation by elderly people as explained by victims of the incidence, it was founded thus:Mr. Noah Terhemba Saka (rtd) aka Adedem U Nyiev andProphet Joshua Uhembe also known as pastor Ahembe Ikpe of divine shadow church DAUDU ( one of the leading ministry recently established in DAUDU town). Are responsible for the act"Ruling, HRH begha U Guma and Ter Guma directed for their arrest and they were taken to police headquarters makurdi pending the governor's response. "Present at the meeting were; Ter Guma, local government chairman represented by his deputy, all kindred heads of Isherev and Utyondu, all district heads from Isherev and Utyondu, elders and stakeholders of the above mentioned axis, representative of the state governor and the divisional police officer in charge of DAUDU division." 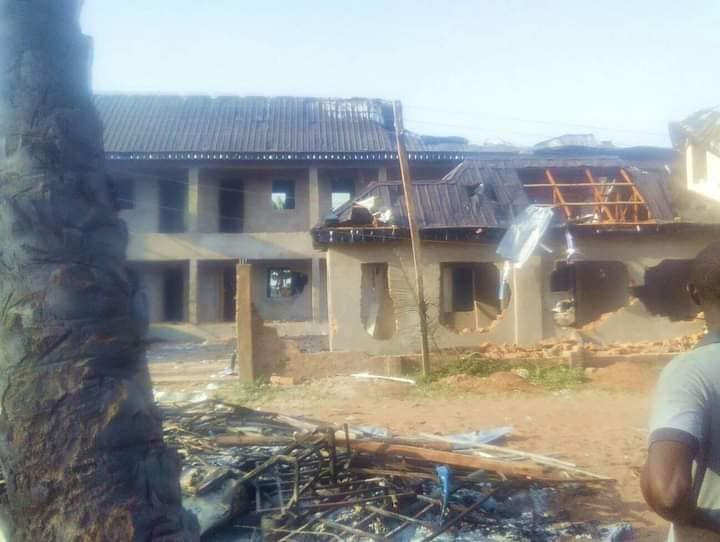 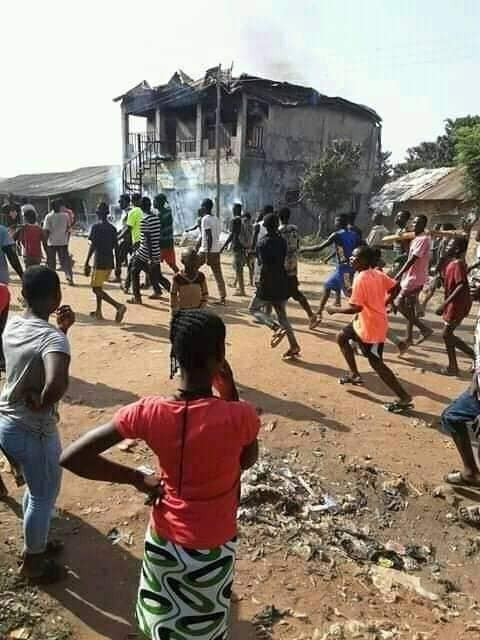 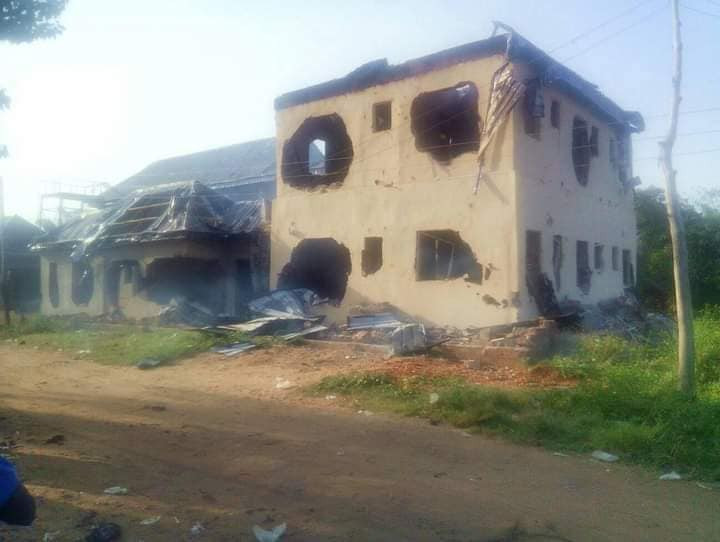 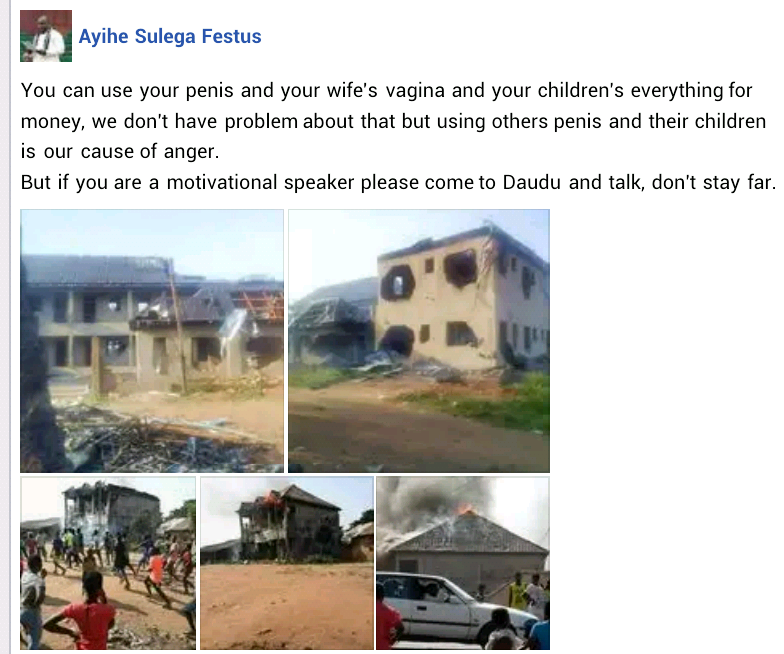 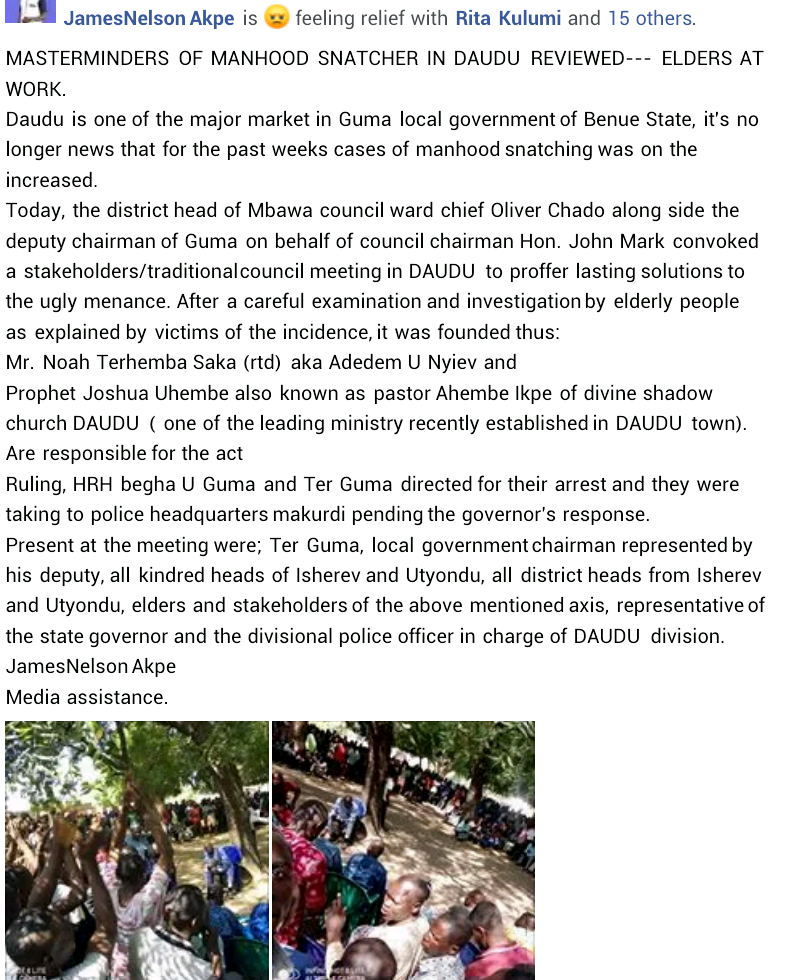