You will have to kill me first - Filmmaker, Ideh Chukwuma says as he stops a mob from destroying properties in Lagos (video) 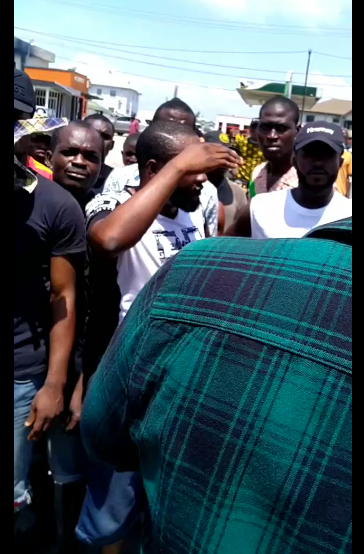 A Nigerian filmmaker, Ideh Chukwuma has been spotted in a viral video stopping an angry mob from destroying properties in Lagos.  The Nigerian man who insisted that the mob will have to go through him before setting any property on fire, encouraged them to protest without destroying any property. He also wondered what they are fighting for if they will burn down their city.  Chukwuma also asked the mob why they are killing policemen since they claim they are fighting to also improve the lives of security operatives.  Here is the video below;       View this post on Instagram           A post shared by Lindaikejiblog (@lindaikejiblogofficial) on Oct 23, 2020 at 12:29am PDTThe post You will have to kill me first - Filmmaker, Ideh Chukwuma says as he stops a mob from destroying properties in Lagos (video) appeared first on Linda Ikeji Blog.