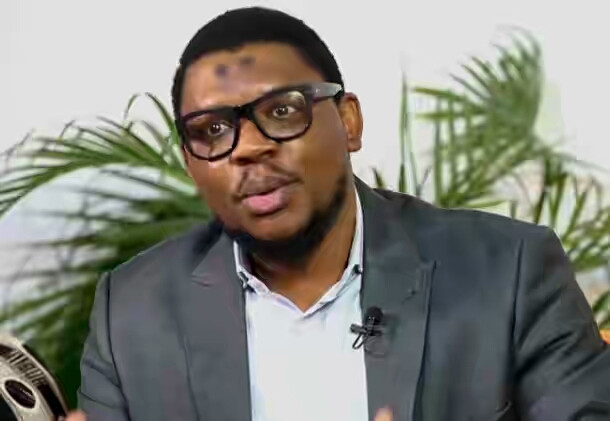 Former Presidential aspirant, Adamu Garba has reacted to Hillary Clinton's comment on Lekki massacre.  Recall that the former US Secretary of State had asked President Buhari and the Ngerian military to stop killing young Nigerian #EndSARS protesters.  Reacting to this, Adamu alleged that Hillary and others were playing at the entire breakdown of law and order in Nigeria. He added that the former US Presidential candidate and other left wing actors have a sole agenda of fighting God and nature, turning people into aliens, gays, lesbians.  Adamu also described them as "blood sucking abortionist" who must leave the shores of Nigeria and Africa.  He tweeted;  I told you that we knew the script these guys are playing at: the entire breakdown of law & order in Nigeria Same Hilary spearhead the destruction of Libya, Syria, Iraq, Yemen and even Egypt at some point wants to import venom in Nigeria Nigerians are wiser, no way for you hereAs most traveled & least accomplished Secretary of State of U.S, Hilary’s underwhelming Middle East policy saw the destruction of families, women, children, properties, government & people. This they planned to extend to Nigeria. She is not qualified to tell Nigeria what to do.Let all these evil left wing actors, whose sole agenda is to fight against God and against nature, whose mission is to turn us into aliens, gays, lesbians, blood sucking abortionist, leave the shores of Nigeria and Africa We say NO to foreign medlars and alien cultures. Thanks. 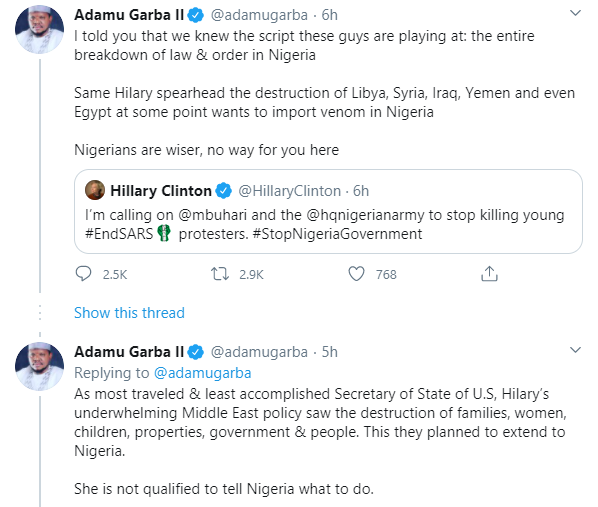 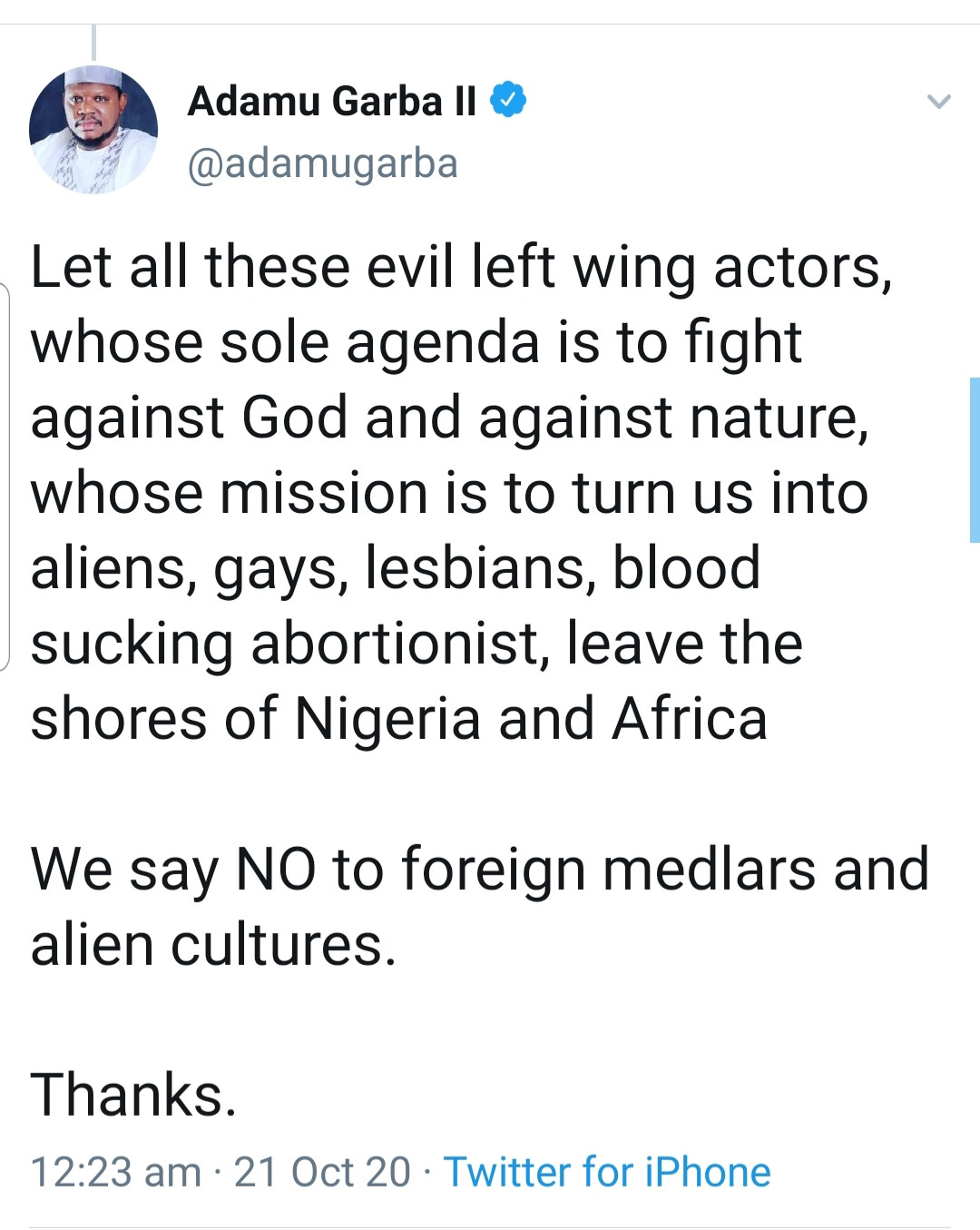 lThe post These guys are playing at the entire breakdown of law and order in Nigeria - Adamu Garba reacts to Hillary Clinton's comment on Lekki massacre appeared first on Linda Ikeji Blog.