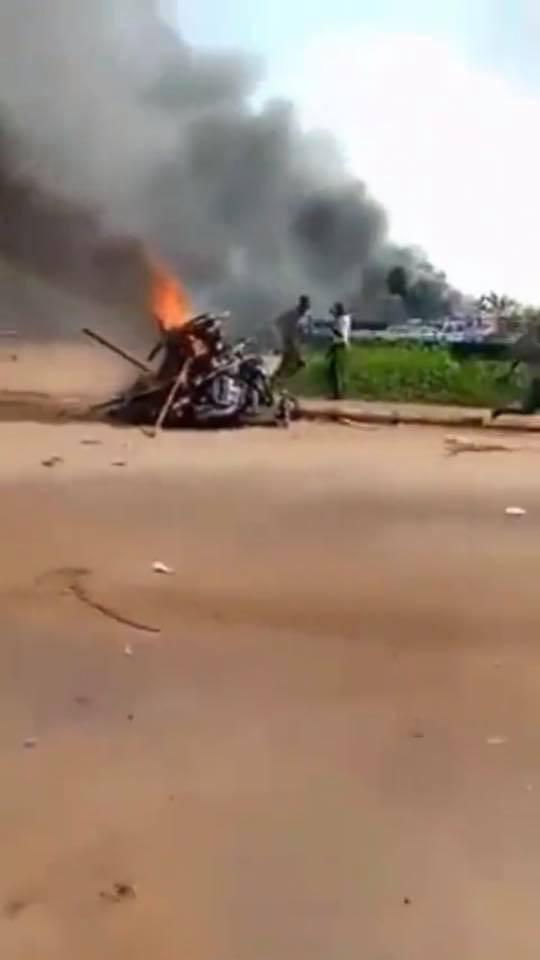 Suspected members of the of the Indigenous People of Biafra (IPOB) on Monday October 26, attacked and burnt down the Ebonyi state Central Police Station in Abakaliki. The irate suspected members of the proscribed group also reportedly destroyed and set ablaze cars, tricycles and motorcycles parked in the compound. An alleged member of IPOB who spoke in a video which has gone viral, said they carried out the attack over the killing of 7 of their members by policemen from the police station during a clean up exercise/protest around major cities in the southeast and south south geo-political zones. Ebonyi state Police Commissioner, Philip Maku confirmed the attack on the station and also disclosed that no casualty has so far been recorded. Maku however said it was the Police lost one of its officers injured during last week’s disturbances. He told The Nation;  “We are the ones being brutalised. One of the two Policemen that were wounded last week later died” IPOB spokesman, Emma Powerful however told the publication that the attackers are not members of the secessionist group. He said;  “I don’t know who those people are” Watch the video below;       View this post on Instagram           A post shared by Lindaikejiblog (@lindaikejiblogofficial) on Oct 26, 2020 at 11:33pm PDTThe post Suspected IPOB members burn down Ebonyi Central Police Station (video) appeared first on Linda Ikeji Blog.