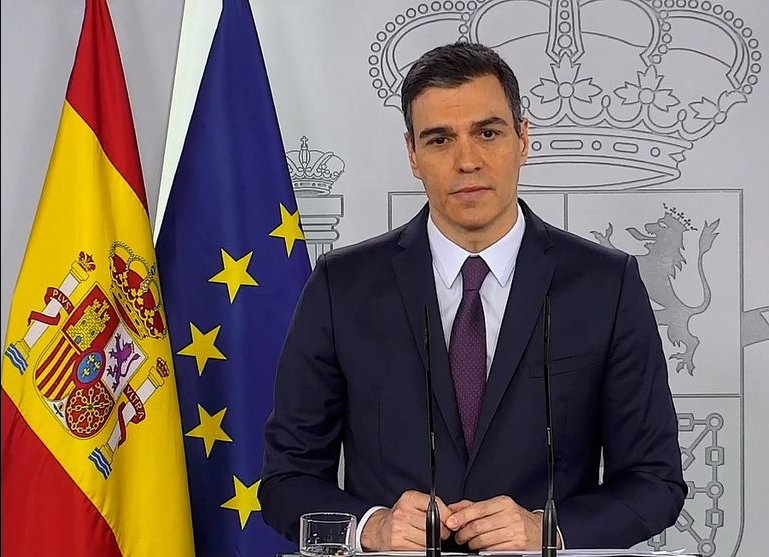 The Spanish government has declared a second nation-wide state of emergency and ordered a nationwide curfew over a massive coronavirus spike. This comes after Spain became the first European country to record more than a million cases of the virus.  Last Friday, 19,851 cases were reported along with 231 deaths. Some 20,986 positive tests were also confirmed on Thursday.  Spain’s prime minister, Pedro Sánchez on Sunday afternoon said his cabinet had approved a state of emergency that is set to remain in force until 9 May 2021. "The reality is that Europe and Spain are immersed in a second wave of the pandemic," the prime minister said after a meeting with Cabinet colleagues. "We are living in an extreme situation...it is the most serious in the last half-century," he told a news conference.The new decree will allow Spain’s regional governments to order an overnight curfew to run from 11 pm to 6 am across the whole country. Social gatherings and travel between autonomous communities will also be restricted.The state of emergency also permits Spain’s regional governments to imposed full or partial lockdowns and limits public and private gatherings to six people.“We have to protect our economic and work activity and preserve, as far as we can, the rhythms of our lives,” Sánchez.  “Sacrifices will be indispensable. No one, not the government of Spain nor its regional governments, want to impose a single restriction that isn’t necessary to flatten the curve and protect public health,” he added. However, the decree will not see the closure of Spain’s borders as there are also exceptions on travel, with the Canary Islands exempted from the restrictions on travel between regions in a bid to aid the tourism sector. As of Sunday, Spain had recorded 1,046,132 coronavirus cases and 34,752 related deaths.The post Spain declares state of emergency until May 2021 over massive coronavirus spike appeared first on Linda Ikeji Blog.