Silence is complacency, cyber bullying will not work - Fatima Ganduje-Ajimobi writes hours after stating that she is embarrassed to have supported "bunch of senseless and unpatriotic leaders'' 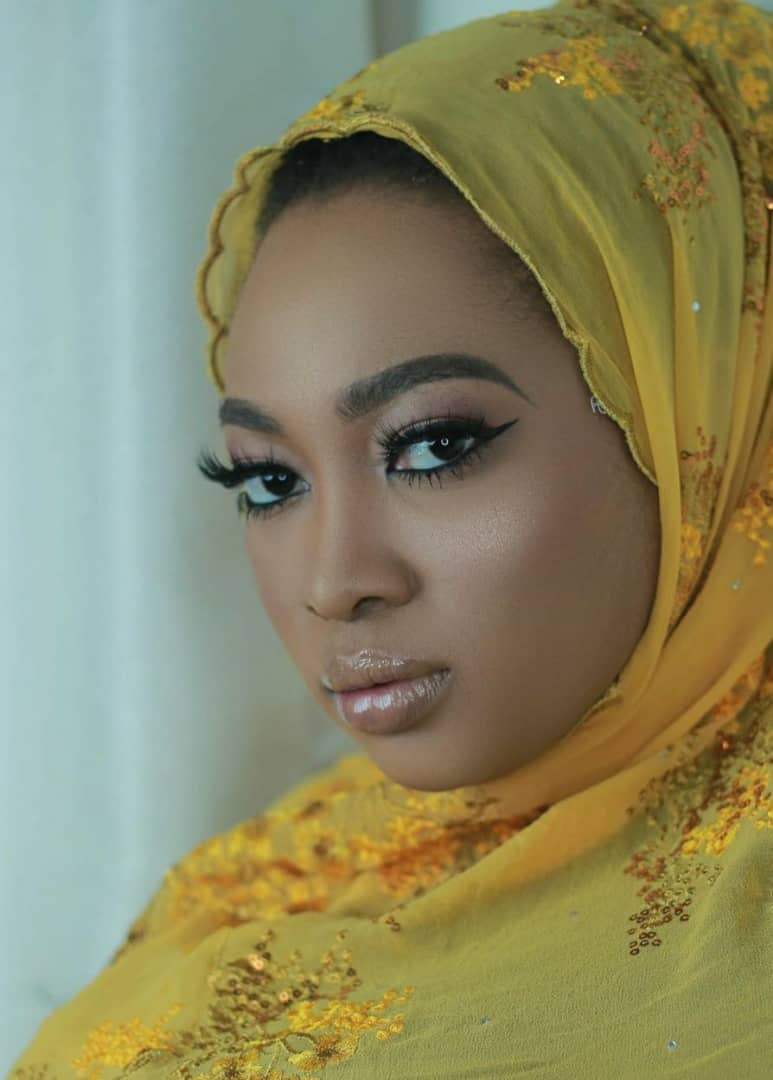 Fatima Ganduje-Ajimobi, daughter of Kano state governor, Umar Ganduje, has said that cyberbullying her will not work. Recall that on Wednesday, October 21, Fatima shared a post on her Instastories in which she said she was speechless and embarrassed to have supported ''this bunch of senseless and unpatriotic leaders" 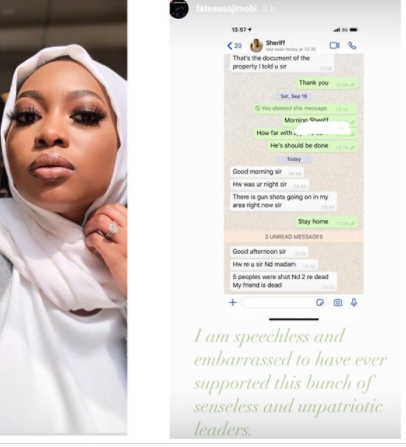 It appears some people saw her post and attacked her on grounds that she shouldn't be attacking those in the same political party as her father. Responding to her critics, Fatima made it clear via her Instastories that cyberbullying will not work. She mentioned that silence is complacency and that irrespective of her political affiliation, she is a Nigerian and is concerned about the country.''Silence is complacency and regardless of my political affiliations, I am a Nigerian and I am concerned about this country. Cyber bullying will not work!'' she wrote 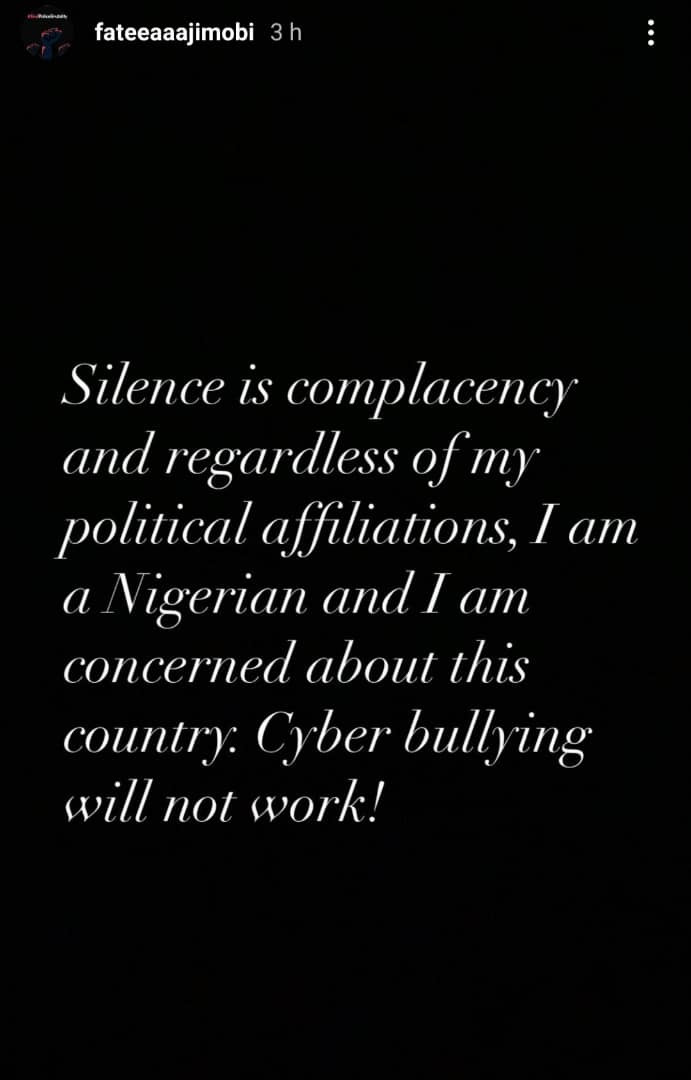 The post Silence is complacency, cyber bullying will not work - Fatima Ganduje-Ajimobi writes hours after stating that she is embarrassed to have supported "bunch of senseless and unpatriotic leaders'' appeared first on Linda Ikeji Blog.