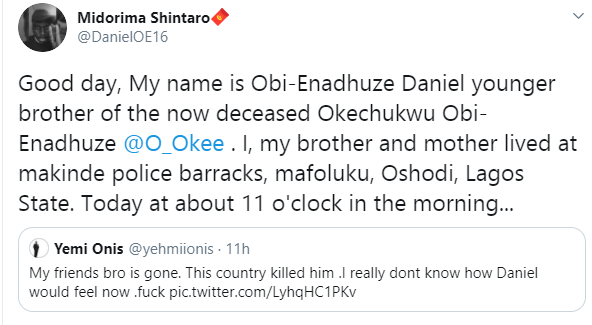 A Twitter user who claims to be the brother of Oke, the graphics designer who died hours after tweeting "Nigeria will not kill me" has made a clarification on the circumstances leading to his death.  @DanielOE16 who revealed that he lives at Makinde Police Barracks in Mafoloku community of Oshodi in Lagos State with his mother and brother, said his brother was attacked by thugs who wanted to destroy the station.  He further alleged that after the thugs breached the police station which they subsequently set on fire, they infiltrated their house, ransacked the apartment and carted away everything. The deceased brother revealed that his brother was stabbed on the neck while trying to make way for the thugs to take everything and spare them their lives.  He tweeted;  Good day, My name is Obi-Enadhuze Daniel younger brother of the now deceased Okechukwu Obi-Enadhuze @O_Okee . I, my brother and mother lived at makinde police barracks, mafoluku, Oshodi, Lagos State.Today at about 11 o'clock in the morning the police station at makinde was attacked by thugs who wanted to destroy the station, I my mom and brother were holed up in our house. The attack went on for hours before the thugs eventually breached the police and proceeded to set the station on fire, after accomplishing this they set their sights to the barracks and began the assault, they proceeded to destroy every car in the barracks, my mom's 2 cars where destroyed and set on fire and then they infiltrated our house by breaking the door they then proceeded to ransack the house and carted away with everything we own.  my brother on trying to get them to take everything but spare us was pushed to my mom's room and stabbed on the neck, the attacker then proceeded to attack me but missed my neck but got my chin instead, after this my mom and I carried my brothers body to the entrance of the station soliciting for help from the thugs still ravaging the barracks, we were finally able to put him in a wheelbarrow and took him to a hospital where he was rejected because "he was already dead" unfazed we moved him to another hospital where he met the same treatment this was where he bled his last drops of blood and died, his body has now been moved to a morguewe have lost every single thing we own, as our house was completely ransacked and set on fire the only thing left is my brothers phone and at about 8 o'clock this evening the barracks was still on fire but Okechukwu has paid with the ultimate priceI and my mother are homeless with nothing now but we're safe for now, we thank everyone that has been able to reach out to us, and were able to share consoling words with us in these trying times, God bless youWhile we were holed up in the house the three of us said these words together and we say it again " THREE OF US ARE HERE, THREE OF US ARE TOGETHER, THREE OF US ARE SAFE"Let it be known that my brother @O_Okee  was NOT killed by a police bullet but died a hero protecting my mother and I.If you see this please retweet, let the world know how Okechukwu died. He was NOT killed by a police bullet but thugs in his home! 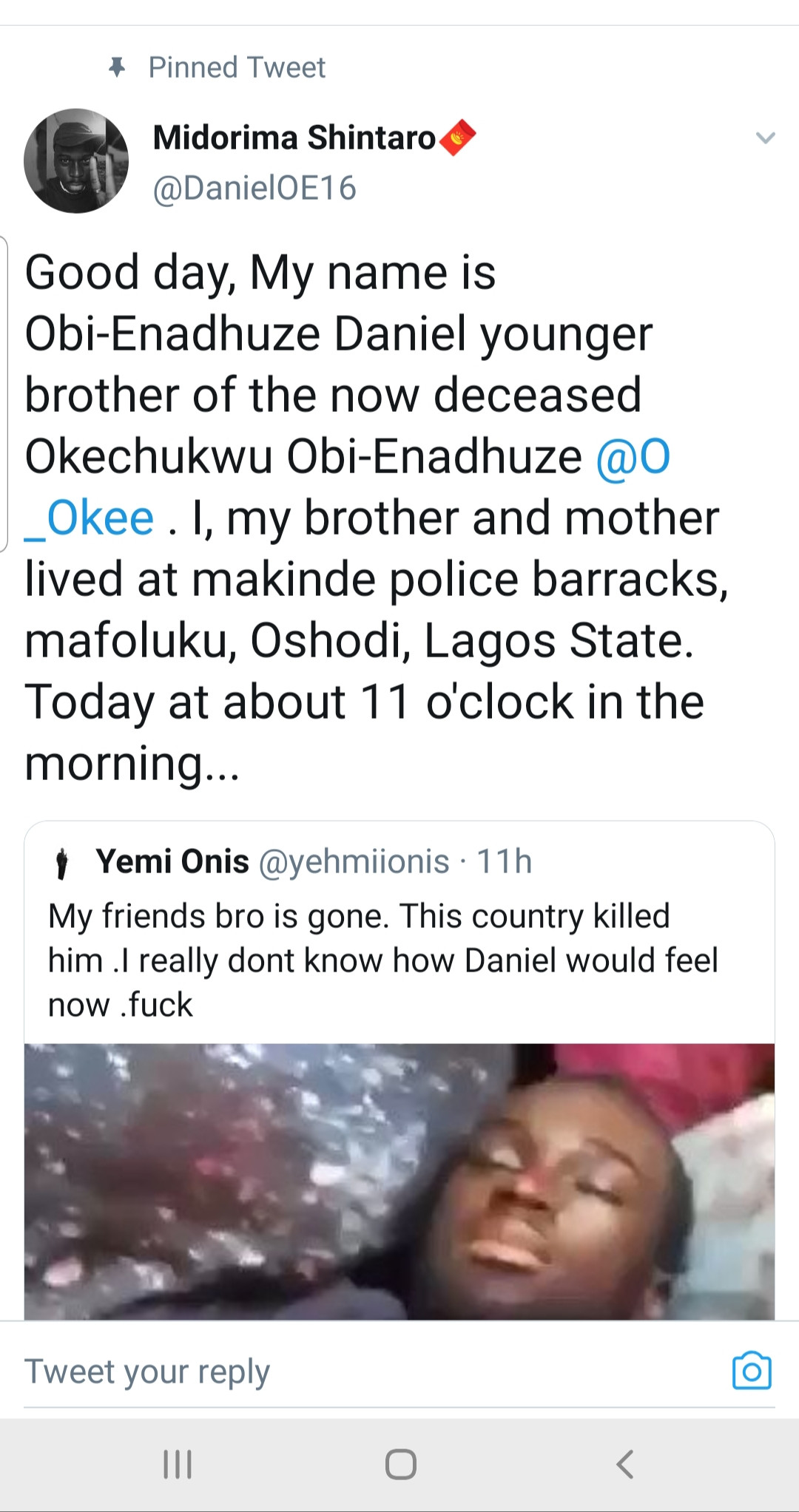 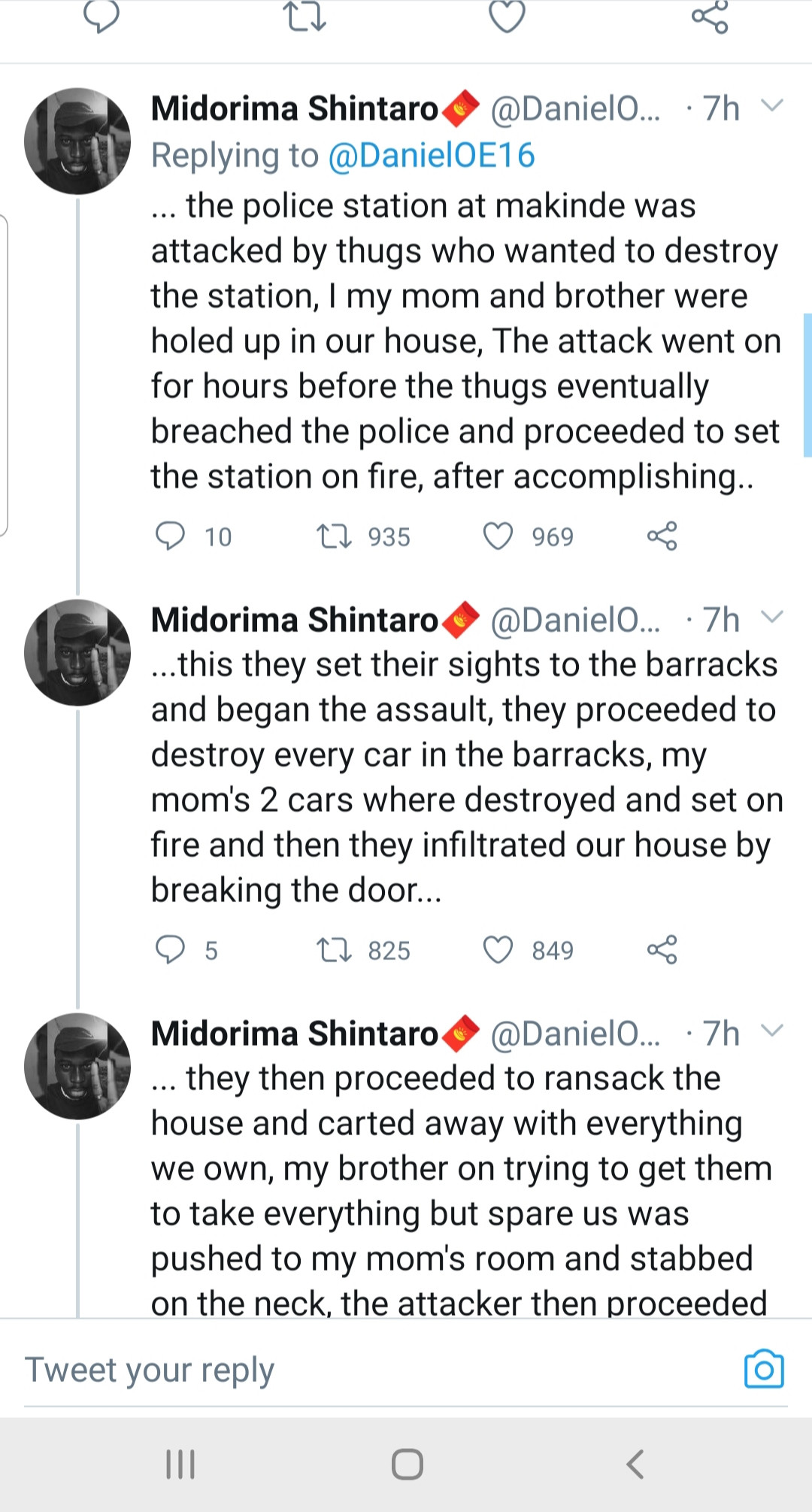 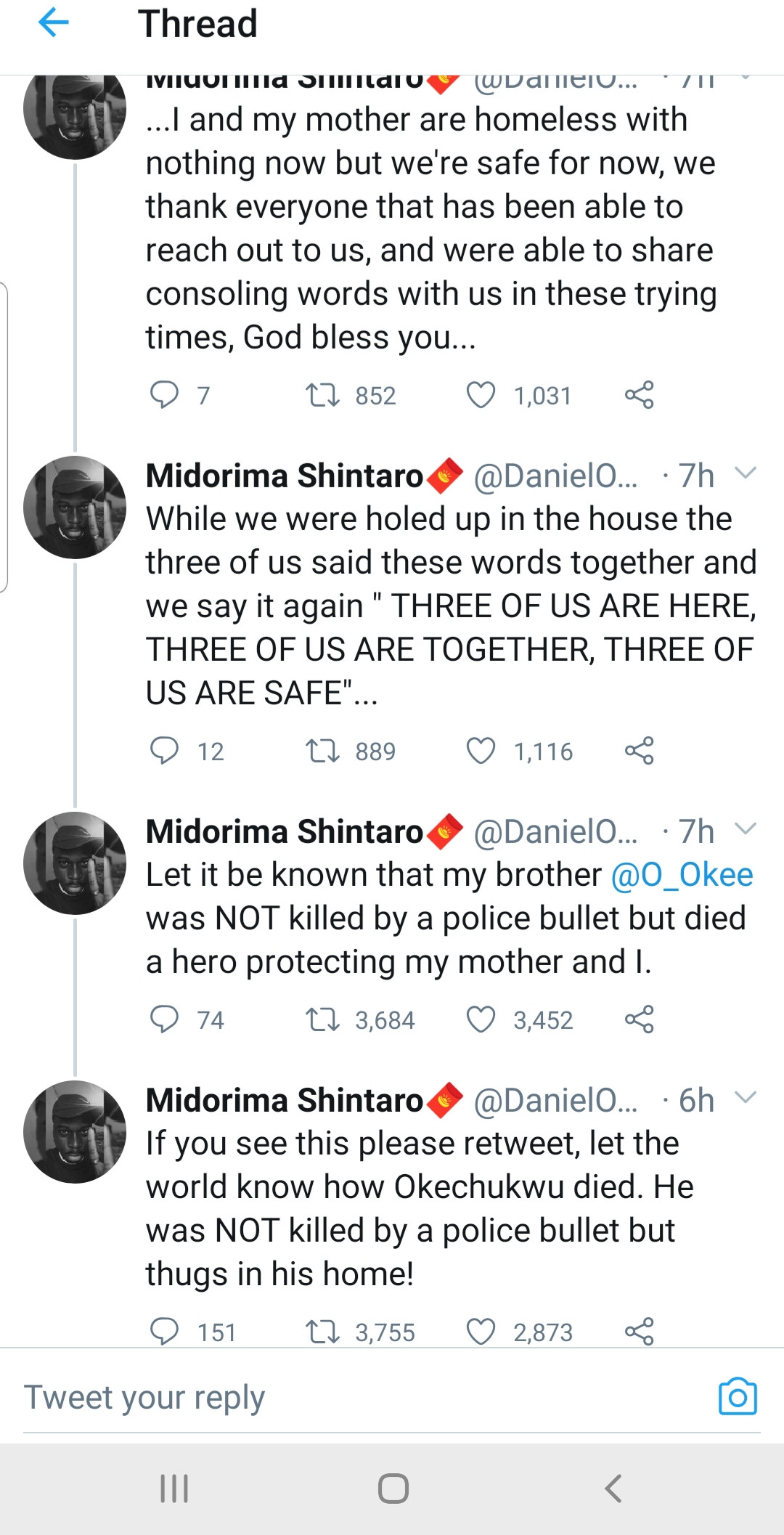 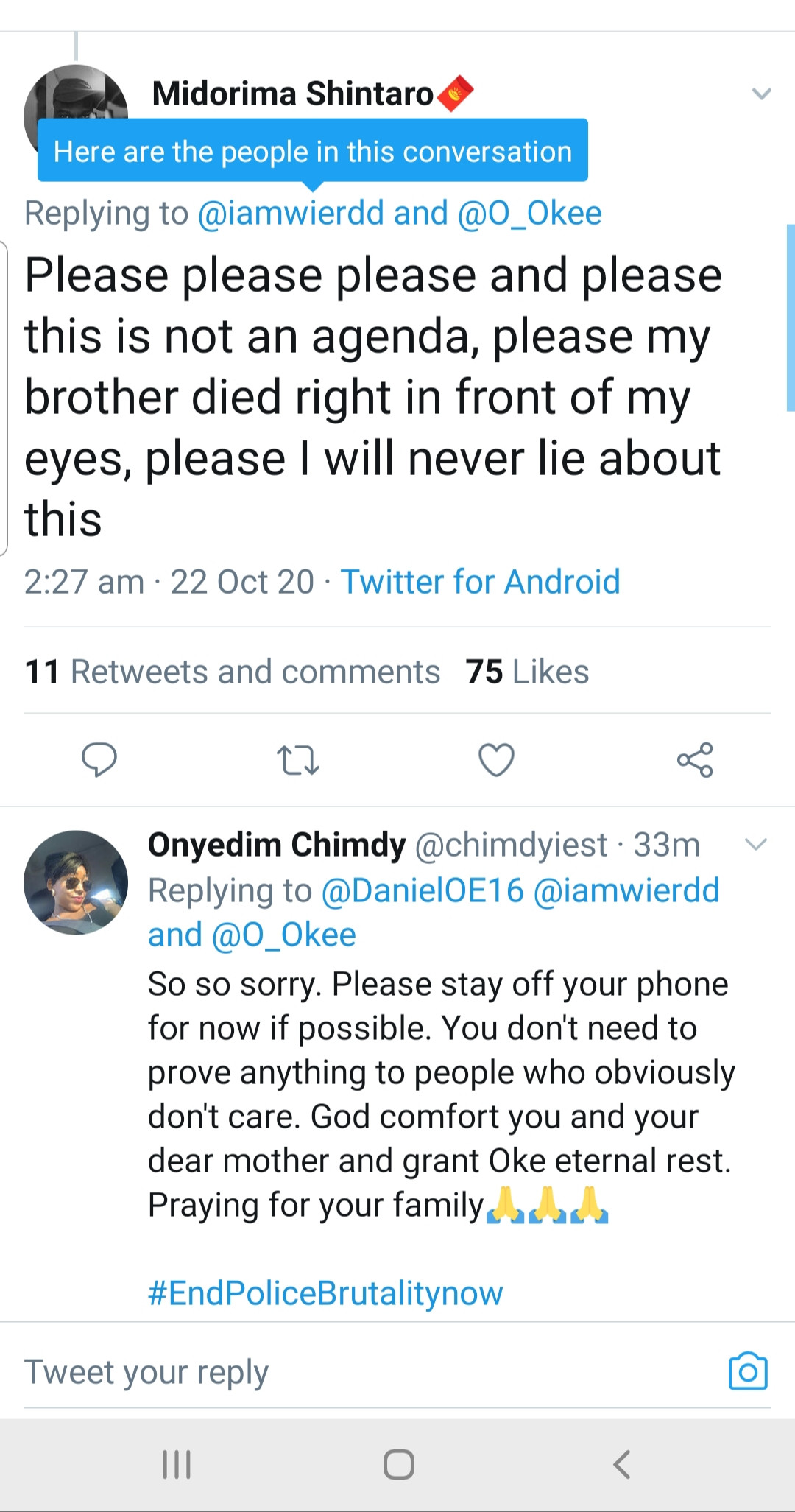