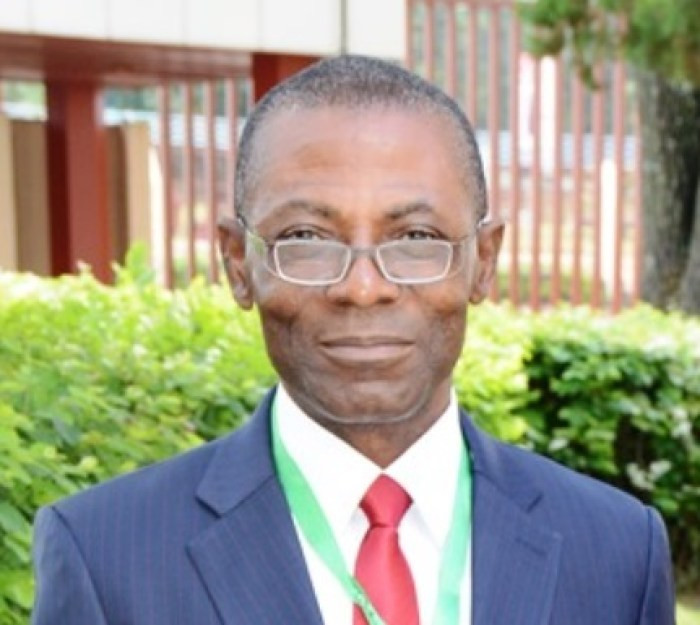 Mr Adolphus Aghughu has emerged the Acting Auditor-General of the Federation following the retirement of the auditor-general, Mr Anthony Ayine from service. In a statement released by the Media Officer in the Office of the Auditor-General of the Federation, OAuGF Oghenekevwe Ebireri, it was gathered that Aghughu will be heading the office until a substantive AuGF is appointed by President Muhammadu Buhari. Some of the achievements of Ayine was also listed in the statement. It read;  “Improving and modernizing working tools and audit methodologies was at the very heart of Mr Ayine’s reform projects and programmes with the aim of helping the OAuGF deliver on its mandate in line with international best practices. Under his watch, the OAuGF rolled out its second Five-year Strategic Development Plan which was launched by President Muhammadu Buhari in Sept 2017.“As part of the ongoing implementation of International Public Sector Accounting Standards, IPSAS, across the Federal Ministries, Departments & Agencies, MDA, and as part of reforms to also bring Audit Reports up to international standards, Mr. Ayine conducted several whole-of-office training events for Senior Management and staff on IPSAS and the International Standards of Audit, ISA.“The Office under his exceptional leadership, prepared a comprehensive Regularity Audit Guide, Code of Ethics and Conduct, Quality Control & Assurance Manual, IT Audit Manual and a Financial Audit Manual, FAM, and a Compliance Audit Manual, CAM, based on International best practices, and carried out extensive training of all staff in the application of these manuals using a train-the-trainer approach.“The outgoing AuGF also carried a number of specialized audits (Performance & IT Audits), amongst them are: Integrated Personnel and Payroll Information Systems, IPPIS; Government Integrated Financial Management and Information Systems, GIFMIS; and the Nigerian Immigration Service e-passport system.“Others are the Federal Road Safety Commission, FRSC – Drivers License Scheme, NDLS, the National Vehicle Identification System, NVIS, the Treasury Single Account, TSA; the management of Internally Displaced Persons, IDP, by the National Emergency Management Agency, NEMA, and the effectiveness of the Small and Medium Enterprises Development Agency of Nigeria, SMEDAN.“Another major achievement of the OAuGF under Mr Ayine is collaborations with International Bodies – the International Organisation of Supreme Audit Institutions, INTOSAI, African Organisation of Supreme Audit Institutions –English Speaking, AFROSAI-E, UK’s National Audit Office, NAO, and Department for International Development, DFID, GIZ, World Bank, among others.“Efforts were also made towards an Audit Act that will empower the OAuGF to effectively carry out its mandate of ensuring the government’s accountability to citizens, and the process is ongoing.“In addition, the staff strength of the office grew between 2017- 2020 with at least 257 new employees which represent 24.22 per cent of the Office’s employment.”The post Nigeria's auditor-general retires; Aghughu emerges Acting Auditor General appeared first on Linda Ikeji Blog.