Nigerians react as former militant leader, Tompolo comes out of hiding after 6-years 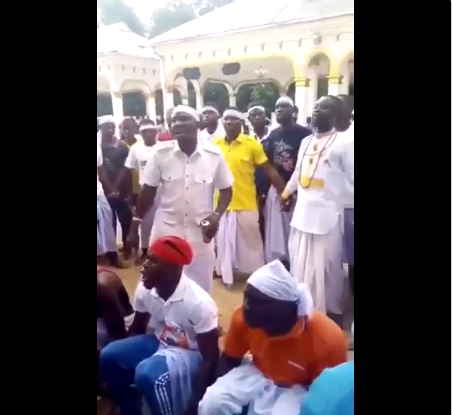 Former Niger Delta militant leader, Government Ekpemupolo a.k.a Tompolo is currently trending on Twitter after coming out of hiding. Tompolo, who led the disbanded Movement for Emancipation of Niger Delta (MEND), went into hiding after President Muhammadu Buhari was sworn-in in 2015. In 2016, the government declared him wanted for ignoring two bench warrants issued against him by the  Federal High Court in Lagos, where he was charged with N45.9bn fraud. Three years later, the court dismissed all the charges against Global West Vessel Specialist Limited, a company linked to the former Niger Delta militant leader.Despite the court decision to drop the charges, Tompolo still remained in hiding until October 19, 2020, when he made an appearance at the Egbesu Shrine in his Oporoza country home in Gbaramatu, Delta State.He was filmed singing and dancing to an Ijaw song with his kinsmen while dressed in traditional outfits. Watch the video here.Nigerians have taken to Twitter express their shock with many wondering if Tompolo's sudden appearance is a good sign amid the #EndSARS campaign. 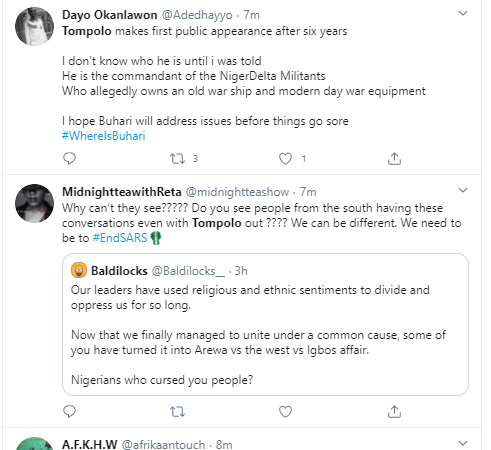 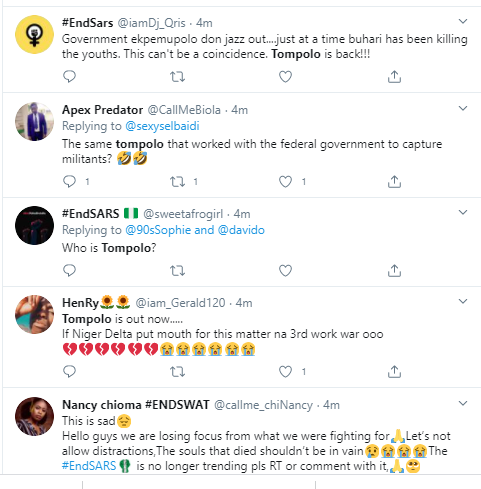 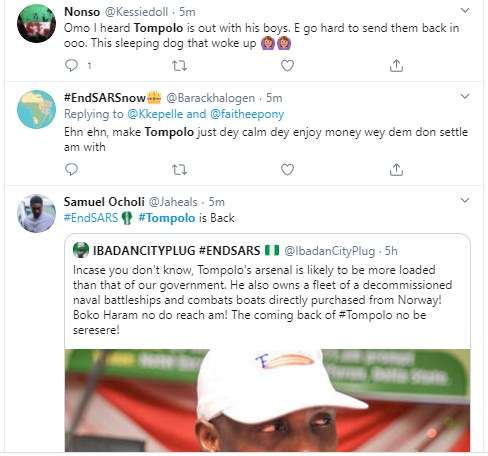 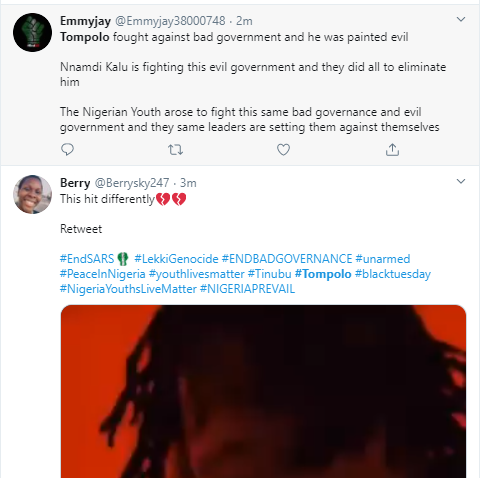 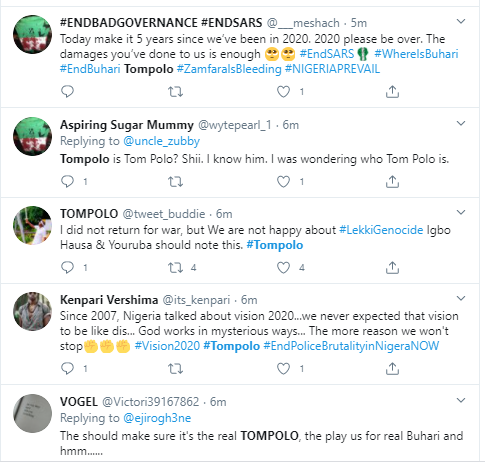 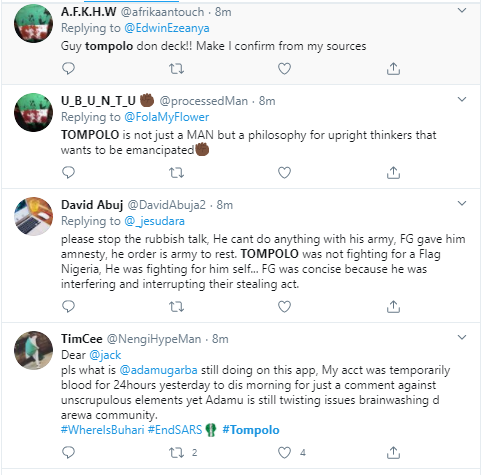 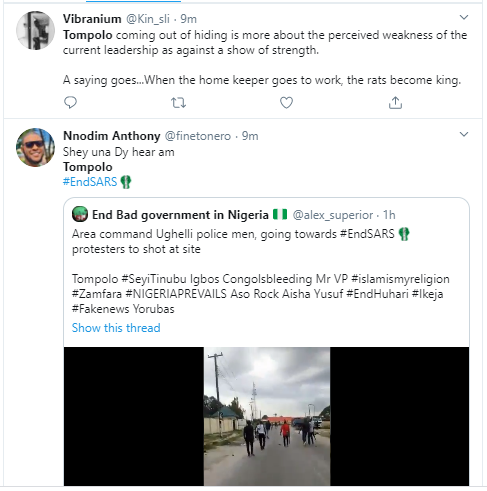 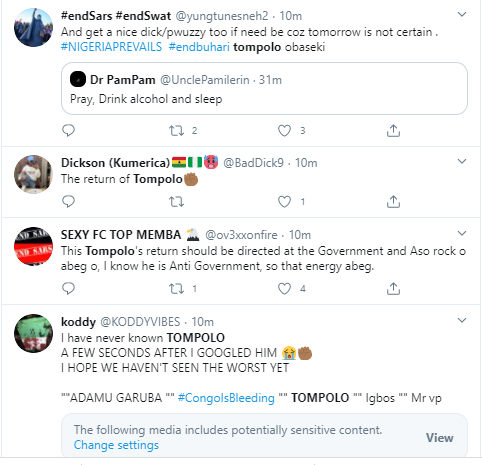 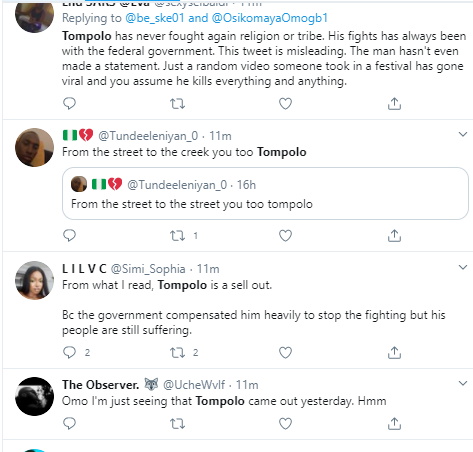 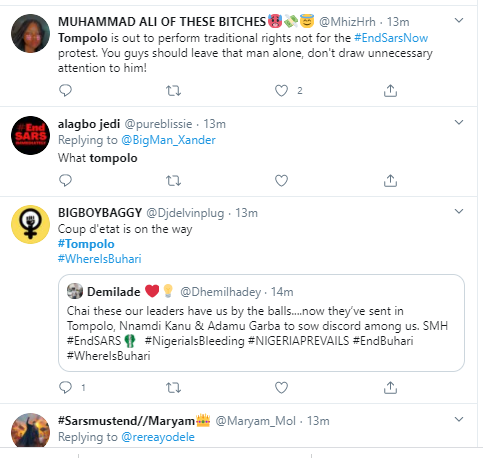