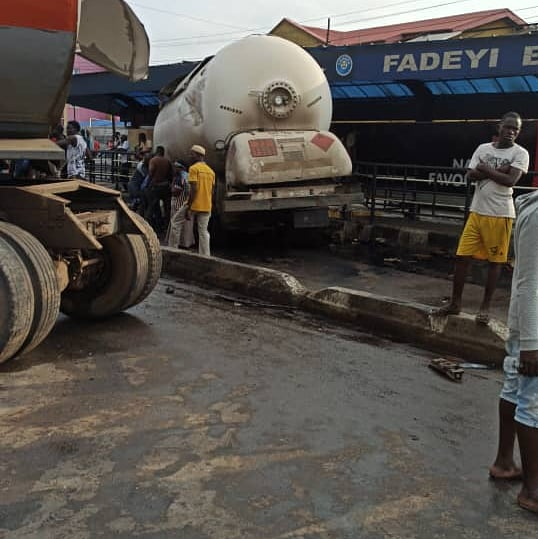 A man has died following a gas tanker accident in Fadeyi, Lagos. Sanusi Moruff, 28, died on Sunday, October 25, in an accident involving a loaded gas tanker and an empty tanker. Sanusi was trapped in the accident and his body was extricated when the response teams arrived. The corpse has now been handed over to the bereaved family.

The Lagos State Emergency Agency made this known in tweets shared on Monday, October 26. LASEMA tweeted: “Upon the arrival of the Cobra Squad at the scene of the accident that involved an empty tanker, Quantum Oil with registration number KTU-344XY and a loaded gas tanker with registration number JJJ-258XW, it was discovered that an adult male was trapped today, Sunday, 26th October, 2020, at Fadeyi Bus-stop. 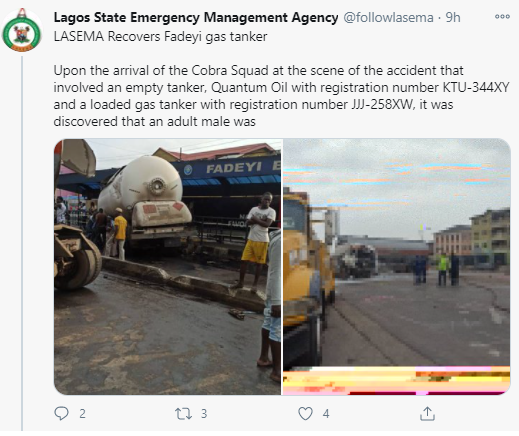 “Unfortunately, the trapped victim, Sanusi Moruff aged 28yrs lost his life. With the combined efforts of the Eagle Squad, LASAMBUS, LNSC, NSCDC and Lagos State Fire Service, he was extricated and bagged before handing over to his family members who were at the scene of the incident. 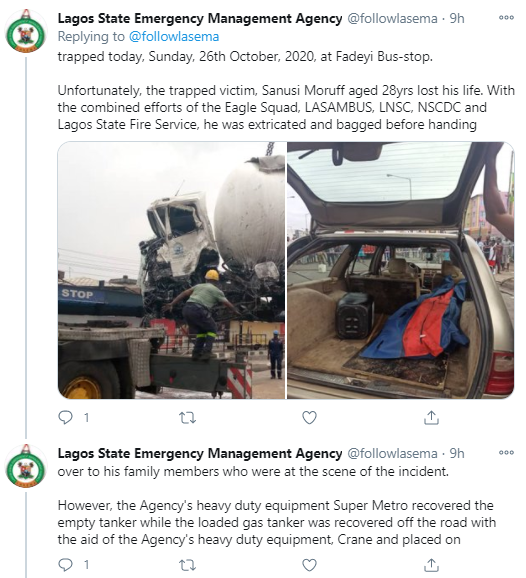 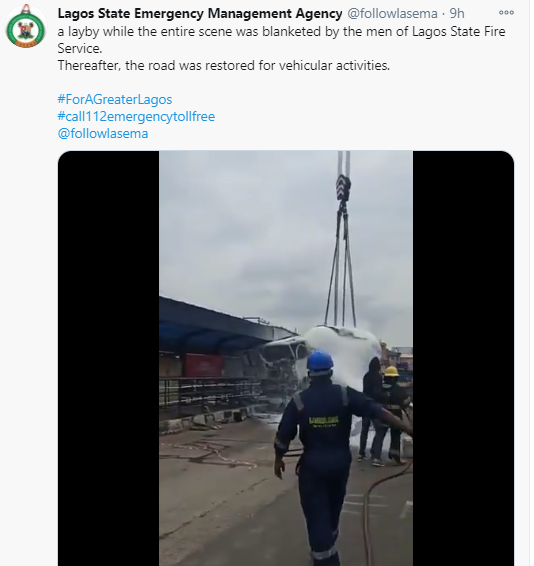