Man and woman who kidnapped and sold a child, confess after being caught in Anambra (video) 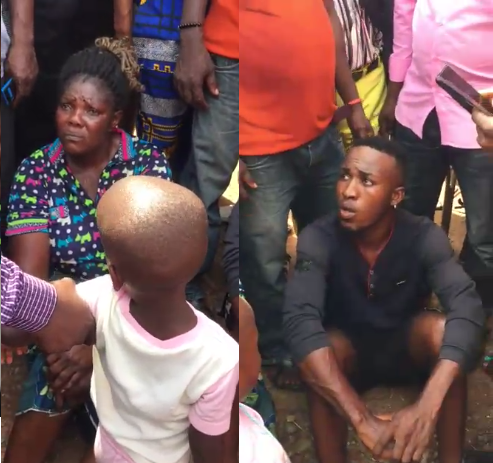 A man and a woman who kidnapped and sold a child have being caught in Anambra state. In a video shared online, a number of people are seen surrounding both suspects as they confessed to their crimes while being questioned. The male suspect said he was paid 400, 000 Naira to kidnap the child from his home and hand him over to the female suspect, who in turn sold the child. 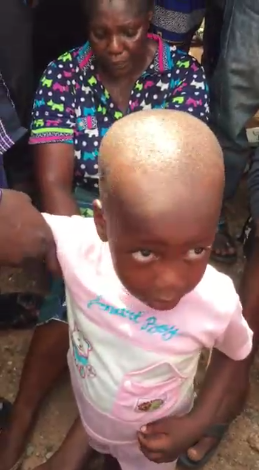 The woman, who was nabbed in Awomama, said the people she sold the child to gave her a total of 920,000 Naira - 520k for her and 400k for the man. Fortunately, the child was rescued after the female child trafficker was nabbed and she led them to the people she sold the child to. Confronting both child traffickers, those present searched the woman's bag and they found treats like biscuits she uses to lure kids. They also found charm together with the packs of biscuit. The woman said she used to own a restaurant in Umuebuke, Uli, before she began child trafficking. Watch the video below.       View this post on Instagram           A post shared by Lindaikejiblog (@lindaikejiblogofficial) on Oct 26, 2020 at 12:11am PDTThe post Man and woman who kidnapped and sold a child, confess after being caught in Anambra (video) appeared first on Linda Ikeji Blog.