'It's totally over' - Brad Pitt, 56, and model girlfriend Nicole Poturalski, 27, 'split' after three months of dating 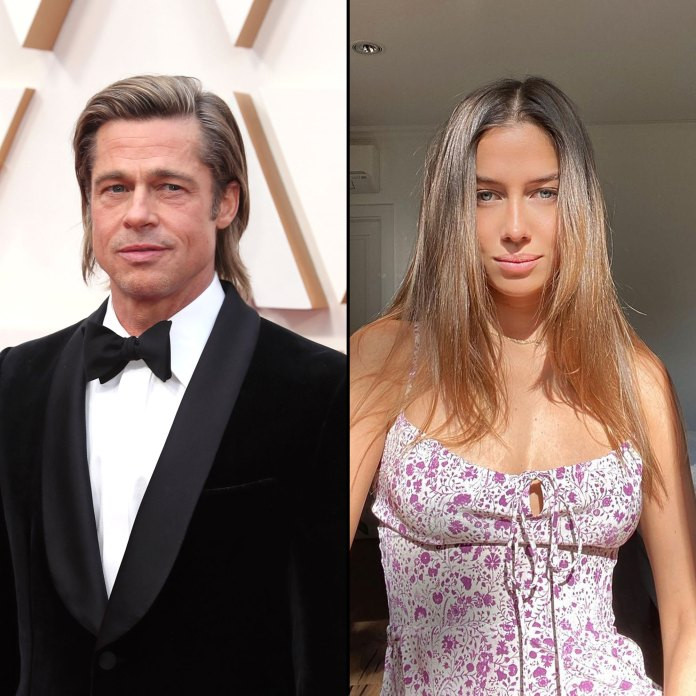 Brad Pitt and his stunning model girlfriend Nicole Poturalski have reportedly split after three months of dating. The American actor, 56, and 27-year-old Nicole who were first spotted together on a date in August are now said to be 'totally over', with a source disclosing to Page Six the alleged split happened a 'while back'.  The insider said the romance between Brad and the German model 'was never all that serious as it was cracked up to be.' The news comes a month after Nicole posted a video to her social media account, questioning why was targeted with hateful comments after news of their romance came to light.  The brunette beauty said: 'I have been wondering since forever why people leave hateful comments? 'Why? What is your benefit? Just in general I want to understand the train of thoughts. Because I don’t get it. It’s just so rude and sad for those commenting.'  Pitt and Poturalski first sparked romance rumors in August after they were spotted in France together. The pair were seen boarding a private jet, as they flew to the South of France, where they spent time together at Chateau Miraval.  It was also reported that they met at the upmarket restaurant, Borchard, in Berlin, owned by Nicole's husband Roland Mary, with whom she has an 'open marriage'. Meanwhile, Brad shares six children, Maddox, 19, Pax, 16, Zahara, 15, Shiloh, 14, and twins Knox and Vivienne, 12, with his ex-wife, Angelina Jolie, 45. The post 'It's totally over' - Brad Pitt, 56, and model girlfriend Nicole Poturalski, 27, 'split' after three months of dating appeared first on Linda Ikeji Blog.