It depends - Chairman of House of Reps Committee on Army, Abdulrazak Namdas says when questioned on the salary federal lawmakers take home (video) 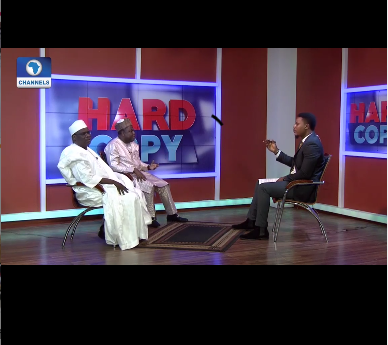 Things got quite heated up after the Chairman of House of Reps Committee on Army, Abdulrazak Namdas and Chairman of Senate Committee on Army, Ali Ndume were questioned on the salary federal lawmakers take home in an interview with Terry Ikumi on Channels Television's "Hard Copy".  Senator Ali Ndume decried an alleged incitement of members of the public against federal lawmakers over their salary and further pointed out that no lawmaker has ever become rich because he was formerly a legislator. He also stated that the queries over the salary has made it difficult for people like him who got elected to serve.  Hon. Namdas on his own part stated that it is wrong for people to assume that 469 people take home N128 billion yearly. However when asked how much he earns as a lawmaker, he responded by saying "it depends" . When pressed on by Terry Ikumi, he affirmed that his salary is a little above N600k.  However after the show host asked if their allowance is included, the two federal lawmakers said they can't give a clear figure of what their allowance is.  Terry Ikumi who shared the video on Instagram, wrote;  It's safe to say things got heated when I asked the 2 chairmen of the national assembly committees on army if they were worried that the #endsars protesters raised questions about the jumbo pay of federal lawmaker 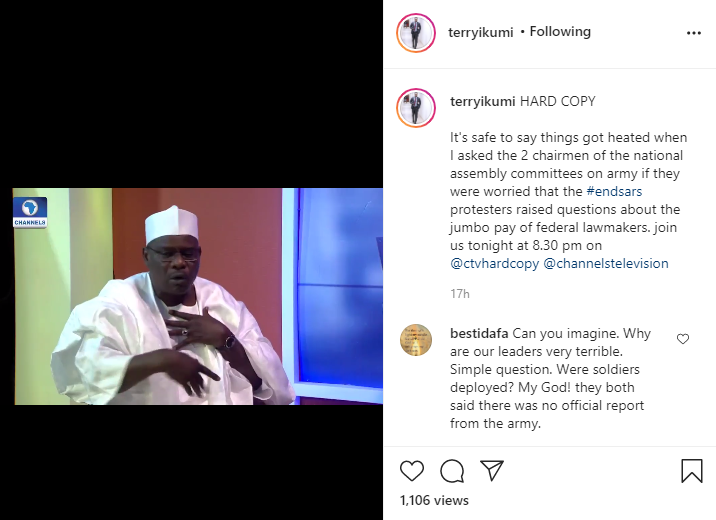