Ireti Bakare-Yusuf curses Sanwo Olu; reminds him of the time they protested together against the opposition (video) 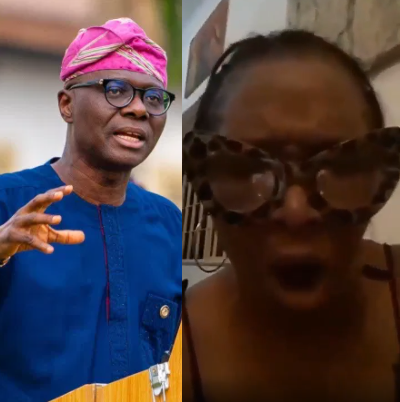 Media personality Ireti Bakare-Yusuf, popularly known as Sisi Oge Lagos, has slammed Lagos State Governor Babajide Sanwo-Olu and APC national leader Bola Ahmed Tinubu following the massacre of End SARS protesters at Lekki toll gate on October 20, 2020. She reminded both Sanwo-Olu and Tinubu of who she is and whose child she is then she proceeded to condemn them, especially Sanwo-Olu. She told Sanwo Olu that his action on October 20, 2020, is "totally reprehensible".  She said: "You kill these children. Why? Because they have the audacity to do what you did during ADECO to do what's their rights, that is afforded to them by the same constitution that we are all under. How dare you? How dare you think that you can kill people's children? How dare you try to take their rights away from them? "You fought when you were in opposition, you fought against military coming into Lagos. I was at Occupy Nigeria, BRF was governor, you - APC - were in opposition, I, Ireti Bakare, I have volunteered for APC, I have volunteered for ACN, and you have the audacity, the effrontery, the sheer wickedness and senselessness to kill children. Why? Because they dare to stand up for the same oppression that you stood up for." At this point, she begins cursing him in Yoruba. She added: "Tell me, how many of them are you going to kill? How many can you kill? Jide (Babajide Sanwo-Olu) ask about me from Yetunde, ask about me from Kibo, You hear? Ask of me from Yemisi... "You're not governing anything. This is the first time you have disappointed me and all of Lagos." She went on to insult him and then addressed the Federal Government of  Nigeria, accusing them of "bullying people."

Watch the video below.       View this post on Instagram           A post shared by Lindaikejiblog (@lindaikejiblogofficial) on Oct 20, 2020 at 4:36pm PDTThe post Ireti Bakare-Yusuf curses Sanwo Olu; reminds him of the time they protested together against the opposition (video) appeared first on Linda Ikeji Blog.