Hoodlums looted our office in Nigeria and stole PPE - WHO 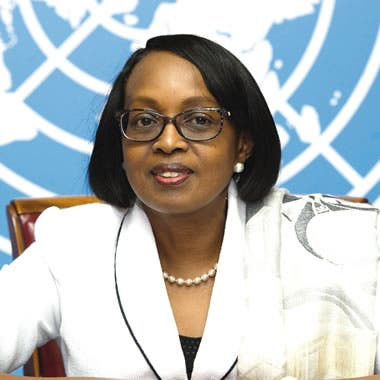 The World Health Organisation (WHO) said on Thursday, October 29, that hoodlums looted one of its offices in Nigeria and Personal Protective Equipment (PPE) were stolen from the stores. The African Regional Director, WHO, Dr Matshidiso Moeti, made this known while responding to questions on the impact of the hijacked endsars protest, riots and looting  on its facilities and on the fight against the COVID-19 pandemic in Nigeria, during a webinar on Thursday October 29. Moeti said that mass gathering remains a breeding ground for wide spread of the pandemic. She said, “I think it is always a major concern when you have mass gathering where people fail to take precautions , especially during riots and demonstrations, there’s certainly going to be wide spread of the pandemic.“As I said earlier, we were concerned not just by the situation in Nigeria which is very sad but mostly about  the way the riot was carried out. We are aware  that in the process, the WHO office in one part of the country  was raided and looted and so were some stores of the Personal Protective Equipment, a development we we say is very sad.”On whether Nigerians should expect an increase w possible outbreak, Moeti said, “It is a concern and we wish to see the situation ease. But from all Indications,  there is a need to ensure that the public health interventions are there for quick response to any eventualities.”“This is similar to the situation in Guinea where there were mass demonstrations and violence in very unsafe situations,” the WHO official added.The WHO regional director said Africa had witnessed a decline in the rate of infections since July which led to many countries relaxing  lockdowns. She, however, said in the last couple of weeks, the rate of decrease of infections had slowed down.Moeti added:  “We have seen a kind of flattening of the curve. It is no longer going down. It has plateaued.“We have seen this  in a number of countries and it is often  linked to two things ; easing of the lockdowns to aid  movement."Not just by the situation in Nigeria, which is very sad by the way, and we know that in the process, the WHO office in one part of Nigeria was actually looted and so were some stores of PPEs. It is a very sad situation."The post Hoodlums looted our office in Nigeria and stole PPE - WHO appeared first on Linda Ikeji Blog.