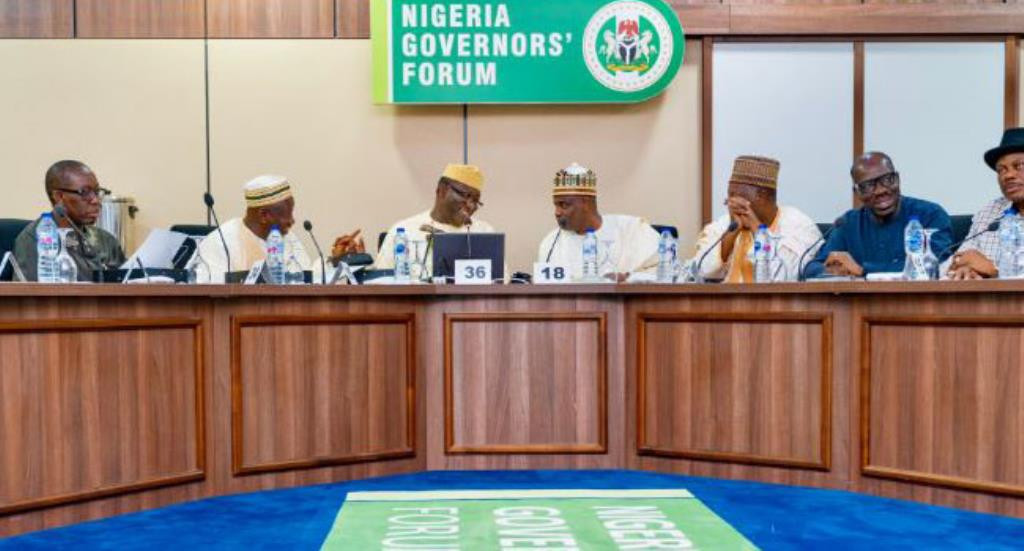 The Nigeria Governors’ Forum has countered allegations of Governors hoarding COVID-19  palliatives meant to be distributed to Nigerians.  In a statement released on Monday October 26, the allegation was described as "inaccurate, entirely erroneous and untrue but also mischievous".  They also reiterated that the palliatives had the CACOVID stamp embossed on them, meaning that their source is unambiguous. The NGF also assured contributors of the palliatives that prior to the looting of these warehouses, states had kept full accounts of all the items received and distributed. The statement read;  “The NGF regrets the loss of lives and property occasioned by the violent protests that erupted, and calls for calm.“The NGF reemphasises and corrects the impression that palliatives found in warehouses that were broken into in Lagos and some other states were kept in storage for members of the society, especially our vulnerable citizens.“The erroneous impression in the public domain that these palliatives were hoarded is not just inaccurate, entirely erroneous and untrue but also mischievous, to say the least.“For the avoidance of doubt, some of the palliatives had the CACOVID stamp embossed on them, meaning that their source is unambiguous.“As we know, CACOVID operations are mainly domiciled in Lagos, being the headquarters of most of the public-spirited organisations, corporate bodies and individuals that came together to form the Coalition Against COVID-19 -CACOVID.“Until mid-October, when the NGF had its last meeting, up to ten states had not participated in the flag-off ceremonies for the distribution of palliatives in their states. This was because the items meant for distribution in these states had not been completely received from CACOVID.“Some other states that still had palliatives in their warehouses chose to keep a strategic reserve ahead of a projected second wave of COVID-19.“As of a couple of weeks ago, some states were still receiving palliatives from the Federal Government through the Federal Ministry of Humanitarian Affairs, Disaster Management and Social Development.”The post Governors didnt hoard COVID-19 palliatives Nigeria Governors Forum appeared first on Linda Ikeji Blog.