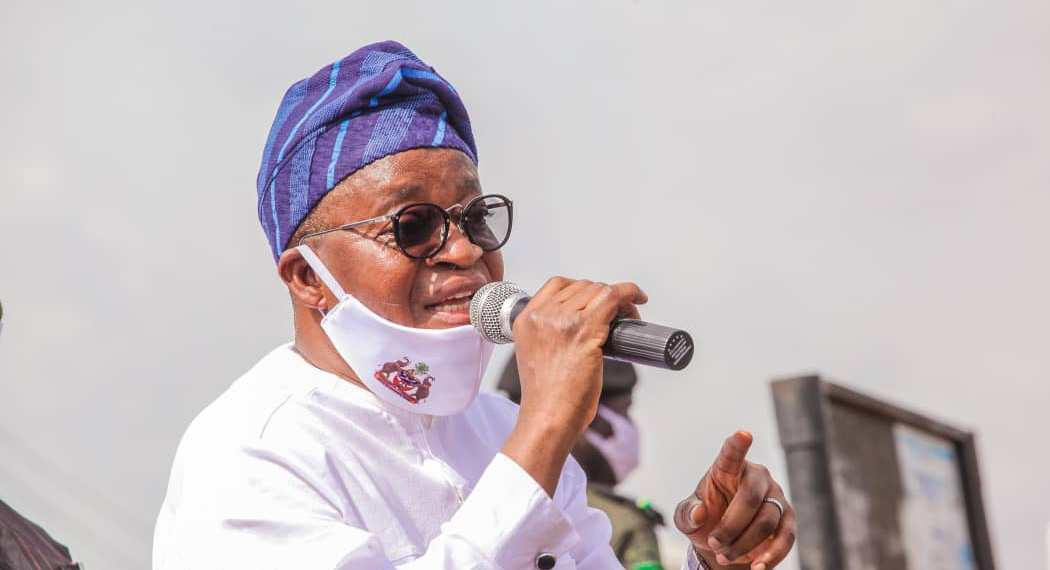 Governor Adegboyega Oyetola has imposed a 24-hour curfew in Osun state begining from Wednesday October 21. Oyetola said the curfew decision was taken to check the "dangerous dimension the #EndSARS protests have assumed across the country, particularly in the South West States." The Governor who affirmed that there will be no movement throughout the state,  said only those on essential duties with valid identification would be permitted to move around during the period of the curfew.  The statement released by Secretary to the State Government, Wole Oyebamiji read;  “The Government of the State of Osun note with a high sense of responsibility the unfortunate dangerous dimension the #EndSARS protests have assumed across the country, particularly in the South West States.“In our dear State, but for providence, the governor would not have been alive to preside over today’s security meeting following the attempt on his life last Saturday.“In spite of the Saturday incident, we have allowed the protest to continue in the hope that the real protesters would take charge of the protest.“Events of the last 48 hours have however shown clearly that the protests have been hijacked by criminals and hoodlums.“As a responsible and responsive government that took the sacred oath to protect the lives and property of our citizens, we will not sit and watch criminals unleash terror on our State.“Consequently, the Governor of the State of Osun, Mr. Adegboyega Oyetola, hereby imposes a 24-hour curfew on all parts of the state, effective from 11.59 pm today, Tuesday, October 20, until further notice.”The post Governor Oyetola imposes curfew in Osun state appeared first on Linda Ikeji Blog.