Davido's fiancee, Chioma gets tattoo of their son's name (photo) 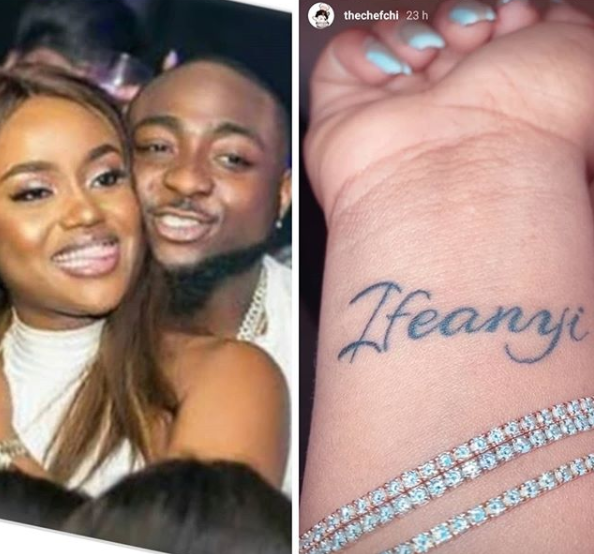